Home
Lawyers
If You’ve Been Attacked By A Vicious Dog, Consult An Experienced Dog Bite Lawyer In Bronx, NY

Every day, 1,000 people are badly bitten by a dog and are rushed to the emergency room. That’s only a fraction of the 4.5 million people who are attacked by dogs every year. Children are most likely to be bitten; their injuries can be both physically and emotionally devastating.

New York does not have any specific “dog bite statutes.” When a dog bite case is brought to court, the dog owner’s liability is governed by precedents established in prior cases. This means that determining if a successful outcome is likely can be tricky. Discuss your case with an Experienced Dog Bite Lawyer Bronx NY before deciding what to do.

Dogs Don’t Get “One Free Bite.”

New York does not give dogs “one free bite.” Dog owners do not get an automatic exemption from responsibility for a dog bite simply because the dog had never bitten anyone before.

New York Does Not Have a Statewide Leash Law

Many localities have leash laws, often referred to as “running at large” statutes. However, there is no statewide leash law. If bitten, check with an attorney who would be familiar with the laws of the area where the bite occurred.

Currently, New York state law requires proving that the owner either knew or should have known that the dog had “vicious propensities.” In other words, the dog had previously shown that it might prove to be a danger to someone’s person or property in a given situation.

The court has determined that “vicious propensities” includes:

Baring its teeth at people.

Proof of “vicious propensities” does not include:

*     Accidental bites, such as grabbing a treat from someone’s hand or pulling on a rope or toy;

*     Normal dog behavior, such as playful nipping at other dogs;

*     Restraining a dog in a cage, room or with a chain for non-aggressive behavior such as barking or running off; this cannot be used as proof that the dog is vicious.

*     The breed of the dog; just being a pit bull, for example, is not proof of “vicious propensity.”

If you have been attacked and bitten by a vicious dog, visit the Law Office of Ada R. Pretto, P.L.L.C. This experienced Dog Bite Lawyer Bronx NY will fight for your right to be compensated for your injury. Contact the office today for a free consultation. 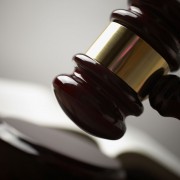 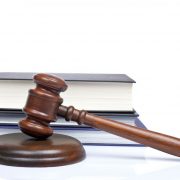